Bronze diabetics, formally known as hemochromatosis, is a genetic disorder that is caused by excess storage of iron in the body. The body tends to absorb excess iron from food and stores it, a condition caused by a faulty gene in most instances.

Bronze diabetes or hemochromatosis, also referred to as iron overload disease, is usually characterized by skin pigmentation, damage to the pancreas with diabetes, gonadal atrophy, and a high probability of hepatic carcinoma and cirrhosis of the liver. In short, this syndrome can cause damage gradually to multiple organs over time.

This article takes a look at the various signs, symptoms, and causes of bronze diabetes and explores the treatment protocol for this condition as well.

What is Bronze Diabetes?

According to the American Diabetes Association, hemochromatosis is an underlying liver disease whereby a single gene mutation, leads to excess iron absorption from the food present in the intestine. Since the body is not efficient at excreting the excess iron, it amasses in the body tissues, particularly the liver and the pancreas and inflicts damage to these organs.

The genetic mutation that causes hemochromatosis is quite common and can be found in one out of 200-300 individuals. Thus, hereditary hemochromatosis is a very common genetic disorder. However, diagnosis of the disease is difficult, as there is not much awareness about it.

If not diagnosed and treated in time, individuals with this condition tend to suffer primarily from liver cirrhosis, which can cause irreversible damage to the liver. The it can give a bronze discoloration to the skin and complicate diabetes mellitus. At least two-thirds of the individuals having hemochromatosis suffer from diabetes mellitus.

The term bronze diabetes was first used to describe hemochromatosis in the nineteenth century. The term was adopted as hemochromatosis is characterized by skin pigmentation, which is caused due to excessive deposition of melanin, occurring as a result of excess iron stored in the body.

Around the middle of the 19th century, French physicians reported hemochromatosis cases and outlined the symptoms of bronze diabetes and cirrhosis with pigmentation. However, they did not recognize the linkage of the condition with iron at that time.

Around that time, German pathologist Rudolph Virchow, utilized the Prussian blue reaction and discovered brown pigmentation in hemorrhage sites. His peer Max Perls combined acid with potassium Ferrocyanide, to develop a method for iron staining. Another pathologist Friedrich von Recklinghausen, used the iron staining method in postmortem examinations. He used the term hemochromatosis to describe the organs’ bronze stain due to a pigment carried via blood. 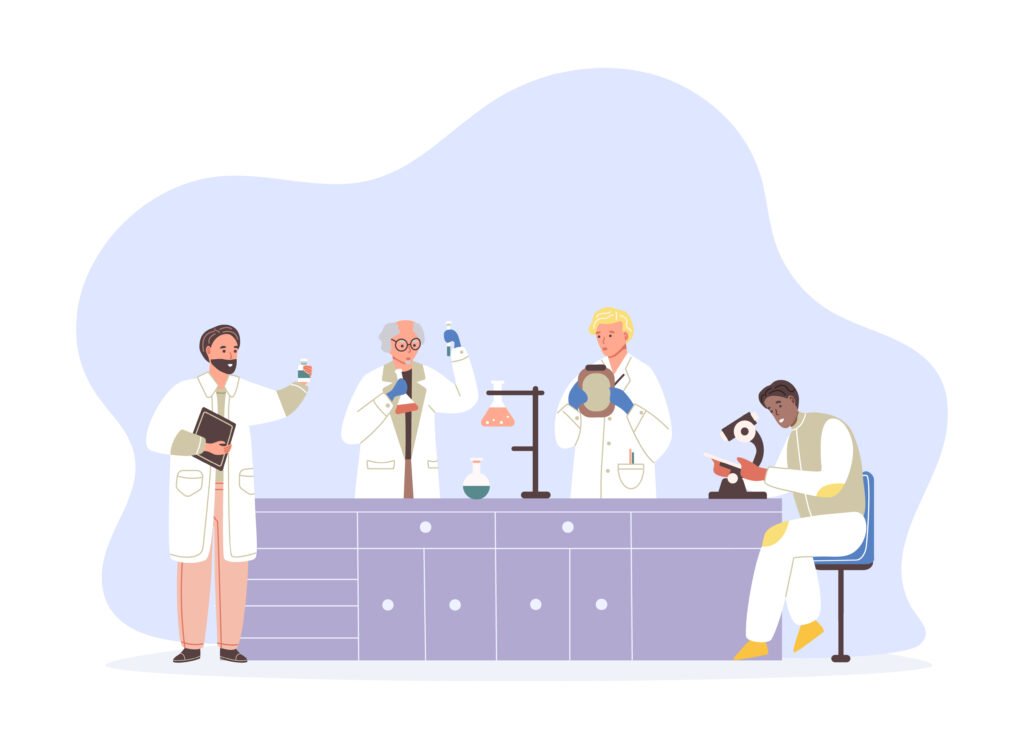 Subsequent to multiple discoveries, researchers were able to isolate hepcidin, a peptide that was linked to iron, and researches unraveled its iron-regulating function. A few studies later that associated hemochromatosis with hepcidin deficiency, it was determined that hereditary hemochromatosis could be due to a deficiency of hepcidin in the body.

The Signs and Symptoms of Bronze Diabetics

Unfortunately, early detection of bronze diabetes is difficult in most instances as the signs and symptoms are similar to other diseases. Usually, the symptoms of hemochromatosis occur gradually, whereas the first signs appear after the age of forty.

Some of the common symptoms of Bronze Diabetes are:

● Unexplained darkening or bronzing of the skin
● Weakening of the heart or cardiomyopathy
● A persistent feeling of fatigue and exhaustion and general lack of energy
● Loss of body hair
● Pain in joints, particularly in fingers
● Erectile dysfunction
● Missed periods without any other issues
● Unexplained increase in thirst and urination

If any of your family members have been diagnosed with hemochromatosis, it is a good idea to get tested for the gene, so that you can take timely measures. Remember, when it comes to your health, it is always a good idea to get ahead of things and play an active role in taking care of your well-being. If you have a family history, it is important to discuss your risks for bronze diabetes with your physician.

Moreover, if you have hemochromatosis and went through the phase of phlebotomy, you should get your serum ferritin levels checked at least once a year to assess the iron stores in your body. This will enable you to keep your body’s iron level within the normal range and help prevent serious problems that may occur as a result of excessive iron buildup.

Medical science has made impressive advancements, and today we know more about diabetes and its associated risks and complications. Thankfully, there are also means to keep the disease in check. It is up to us to be accountable for our health and well-being and educate ourselves on new diabetic conditions to take timely measures and adopt healthy lifestyle choices.

The Causes of Bronze Diabetes

As suggested in earlier sections, hemochromatosis is generally caused due to prolonged and excessive iron absorption and a hereditary disorder due to a gene variation. People having this condition have two sets of the mutated gene HFE. Due to this condition, the body’s mucosal regulatory function perceives it to be deficient in iron and stimulates it to absorb iron at a higher rate. 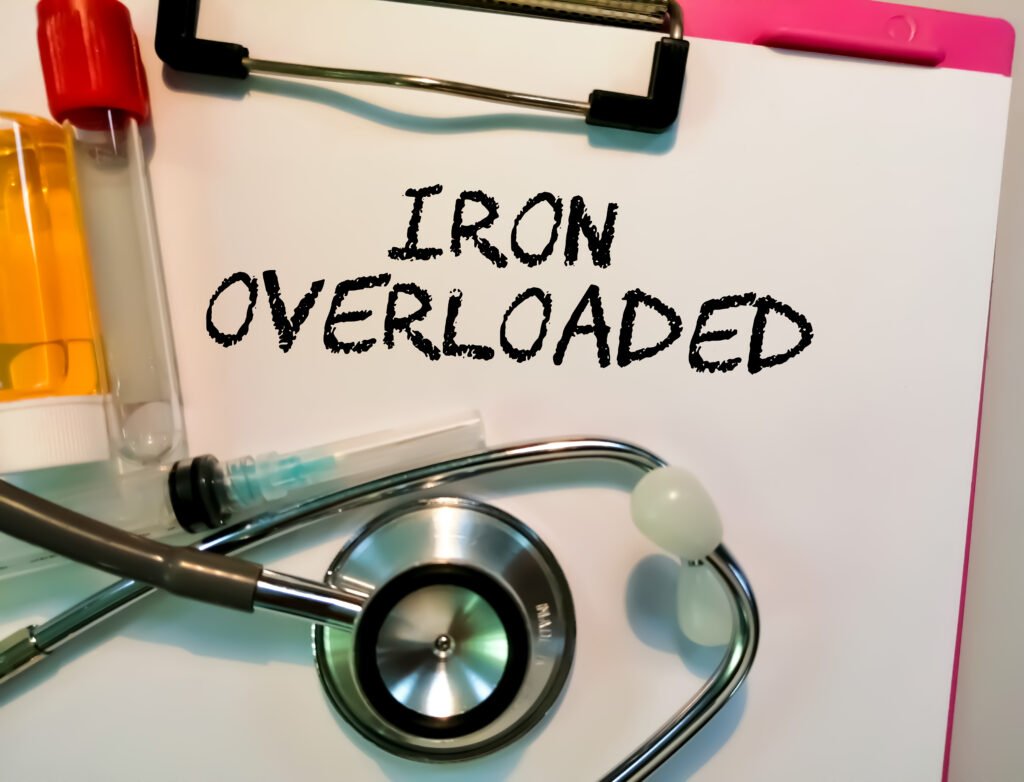 In regular circumstances, the body only absorbs iron according to its requirement. However, the defective gene can cause the body to absorb excessive iron from food. Since the body cannot secrete excess iron, it tends to accumulate iron over the years and stores it in various organs, including the liver, pancreas and skin which causes it to discolor. When excess iron is stored in the liver, it causes liver damage, and when it is in the pancreas, it can lead to diabetes mellitus.

Individuals with a set of the mutated gene may not have hemochromatosis. However, if they have offspring with an individual having the same faulty gene, they can pass it to their children.

The presence of the faulty HFE gene can be checked through a DNA blood test. If a patient is suspected of having bronze diabetes, the doctor can advise tests to check for iron storage levels in the body. In this regard, the doctor may want to look at the serum ferritin levels (iron stored in the body) and transferrin saturation.

The doctor may also advise a liver biopsy to evaluate if the liver has incurred any damage due to bronze diabetes.

The doctor may also want to look at the insulin levels in the body (they may prescribe you with insulin medications such as a Kwikpen or FlexTouch pen. If early investigations are carried out, it can enable timely treatment to reverse the progression of diabetes. However, if there is considerable damage, the individual may require additional treatment for diabetes caused by this condition (such as a THZ). The individual will also have to be monitored closely for life so as to detect and manage any signs of complications.

Since bronze diabetes is primarily a result of genetic mutation, if any of your close family members are diagnosed with hemochromatosis, it is advisable to get tested so as to take timely action to prevent irreversible damage to the body.

Regular phlebotomy is used to treat bronze diabetes. This procedure entails the removal of iron-rich blood from the body. The process can be divided into two phases. In the first phase, the iron level is reduced in the body, while the second entails long-term maintenance. Once the iron level in the body is brought under the normal range and is controlled, it can help reverse diabetes.

Alternatively, another treatment called chelation therapy can be employed. As per this process, a medication called Deferasirox is taken. It is an iron binder or chelator and combines with the iron in the blood. It is used to remove excessive iron from the body in individuals who get multiple blood transfusions or have thalassemia syndrome without transfusion dependency.

This form of treatment for bronze diabetes has not been clinically trialed, so it is considered off-label as of now. However, if the individual has a certain condition like cardiovascular disease or anemia and cannot have phlebotomy, it may be prescribed.

There may be instances when treatment of hemochromatosis may also lead to reversing the development of diabetes. However, if the pancreas has incurred permanent damage, the patient may need diabetes medication for regulating blood sugar levels. In such an instance, the healthcare supervisor will advise regarding the medication protocol; and whether the patient needs to take oral medication like metformin or get insulin therapy. If your healthcare advisors prescribes you an insulin vial, you may be responsible for purchasing the syringes for your medication.

Previous Post Ozempic vs. Metformin; Can They Work Together?
Next Post Trulicity and Metformin; Taking The Two Together