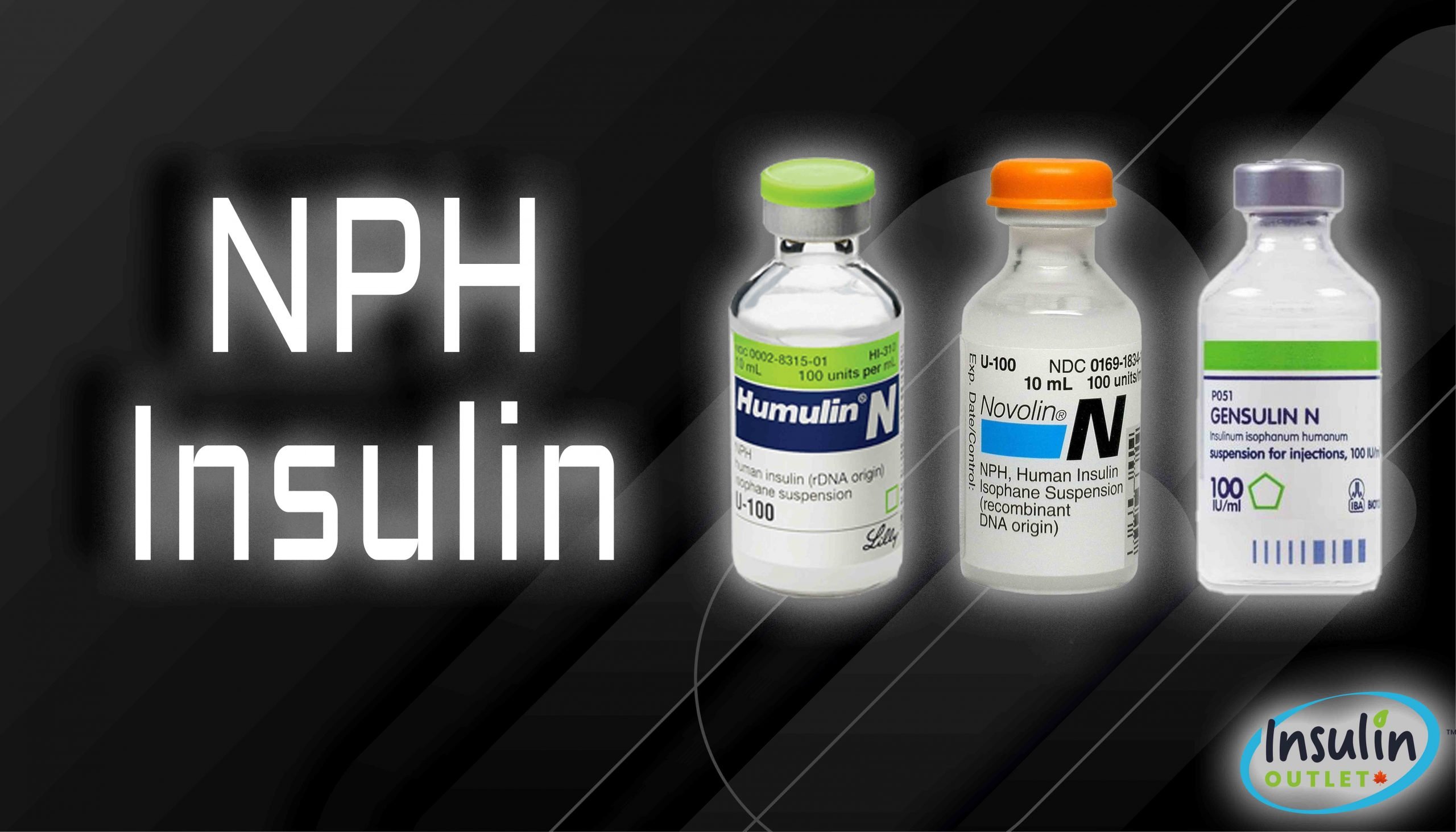 Insulin medications are the main drug prescribed to patients with diabetes. It manages the disease by controlling the blood sugar levels in the body. Unlike regular insulin, NPH insulin begins to work 90 minutes after it is injected and has effects lasting at least 16 hours. NPH insulin is administered as an injection under the skin and is typically taken twice a day.

NPH insulin is made by mixing regular insulin and protamine. Additionally, zinc and phenol are added in exact proportions to the protamine. This helps achieve a neutral pH level (i.e. level 7) so that crystals are formed. There are two types available: one based on human insulin and one based on pig insulin.

Being coined as an ‘intermediate acting’ insulin, NPH insulin’s effects last longer than regular insulin (which is made to have quick, short-lasting effects), but in comparison to longer-lasting insulin’s (such as detemir, ultralente, and glargine), it lasts for a shorter while.

NPH insulin was created in 1946; the World Health Organization (WHO) has declared it an ‘essential medication’.

The History and Creation of NPH Insulin

Insulin was discovered by Sir Frederick Grant Banting and Charles Herbert Best. The rights for insulin were bought from them by Hans Christian Hagedorn and August Krogh in Toronto, Canada.

In 1926, Hagedorn and Krogh obtained a Danish charter to begin producing insulin; they did so under their laboratory named ‘Nordisk Insulin laboratorium,’ founded in 1923.

Along with B. Norman Jensen, Hagedorn discovered that the effects of insulin could be prolonged if protamine was added to the solution. However, the solution needed to be at a neutral pH in order to be injected into the human body.

In order to reach a neutral pH, zinc was added to the solution. The University of Toronto, Canada, marketed this as PZI (Protamine Zinc Insulin). Later on, in 1946, Nordisk found a way to form crystals of protamine and zinc. They marketed this formula as NPH (neutral protamine Hagedorn) insulin in 1950. Today, NPH insulin comes in different forms but have similar side effects.

Side Effects of NPH Insulin

NPH insulin is safe to use during pregnancy as it has no effects on the baby while in the womb.

NPH Insulin vs. Other Types of Insulin

Insulin’s vary based on these factors/characteristics:

– Onset – How quickly do they act?

– Peak – How long does it take to achieve its maximum impact?

– Duration – How long does it last before it wears off?

– Concentration: In the United States, the concentration of insulin is 100 units per milliliter (ml). It is commonly abbreviated as U100.

– Administration/Route of Delivery: Is it taken as an injection (usually injected into the fatty tissue underneath the skin i.e. subcutaneous tissue) or intravenously (through an IV)?

Each type of insulin differs in these characteristics. There are three main types: 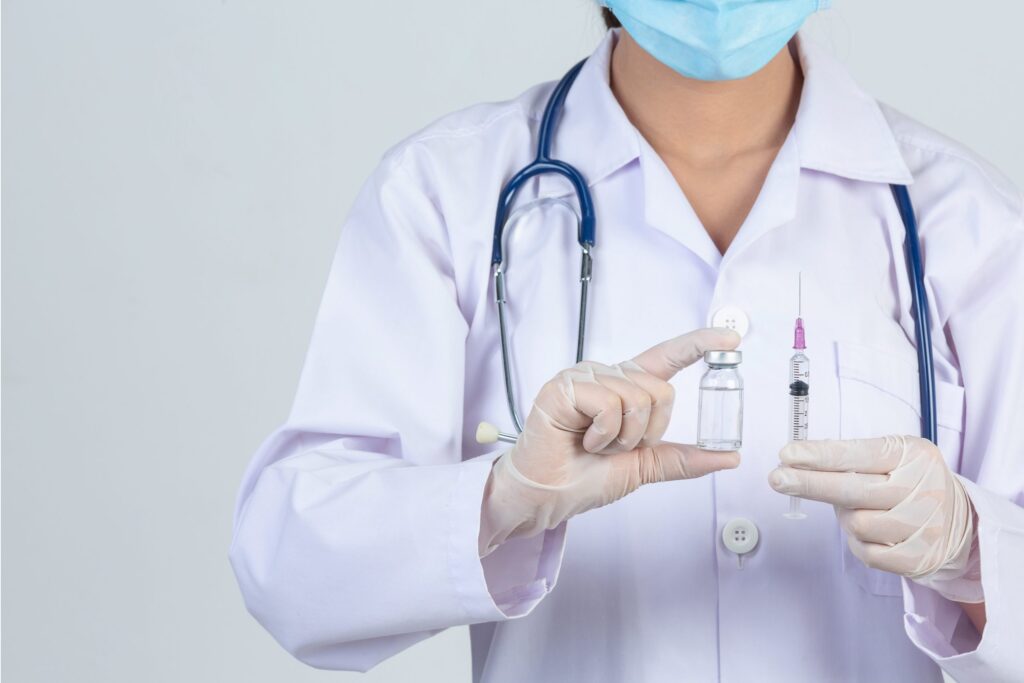 Fast-acting insulin is quickly absorbed into the bloodstream from the subcutaneous tissue; it is mainly used to correct high blood sugar and control blood sugar during meals and snacks.

This type of insulin includes:

– Rapid Acting Insulin Analogues. These include insulin’s such as insulin aspart, insulin glulisine, and insulin lyspro. These insulin’s have an onset of 5 to 15 minutes, and they peak within 1 to 2 hours. They have a duration of around 4 to 6 hours; however, the duration will vary based on the concentration/amount taken. But it is always safe to assume that their duration is 4 hours.

Regular Human Insulin – Also known as regular insulin and neutral insulin. This kind of insulin has an onset of 30 minutes to 1 hour, a peak of 2 to 4 hours, and a duration of 6 to 8 hours. With this type of insulin, the larger the dose, the faster the onset, but as the dose increases, it takes a longer time to reach its peak.

– NPH Human Insulin. NPH human insulin is NPH insulin based on synthetic human insulin. It has an onset of 1 to 2 hours, a peak of 4 to 6 hours, and a duration of at least 12 hours. Smaller doses will take a shorter time to peak and have a shorter duration, while larger donations will take a longer time to peak and have a longer duration. Most NPH insulin is available in pen form, with reloadable cartridges (such as Novolin NPH cartridges).

Long-acting insulin is made to last a long time; it is absorbed slowly into the body, has a stabilizing effect that lasts throughout the day, and has a minimal peak effect. Like intermediate-acting insulin, fast-acting insulin is used to control blood sugar levels overnight, in between meals, and while fasting.

This kind of insulin mainly includes one type:

– Long Acting Insulin Analogues. This Includes insulin detemir and insulin glargine. This type of insulin has an onset of 1.5 to 2 hours. Unlike the other types, this type has minimal to no peak; once the onset is reached, the effect plateaus over the next few hours, followed by a duration of 12 to 24 hours.

So What’s The Verdict?

All patients don’t need to be prescribed NPH insulin. The type of insulin prescribed will depend on a multitude of factors:

– How the body reacts to insulin is different for everyone. Doctors will test how long it takes your body to absorb insulin and how long it stays active in your body.

– The lifestyle you live affects how insulin affects your body and how your body reacts to insulin. Some factors that doctors might take into account are the foods you eat, the amount of exercise you get, the amount of alcohol you drink, and the type of job you have (to determine your activity levels).

–  Doctors will take into account your daily schedule to see how many injections fit into your life with ease. Sometimes, patients who have an injection phobia may be given the type of insulin that has to be injected minimally throughout the day.

– How often are you willing and able to check your blood sugar each day.

– Your personal goals in managing your blood sugar levels. 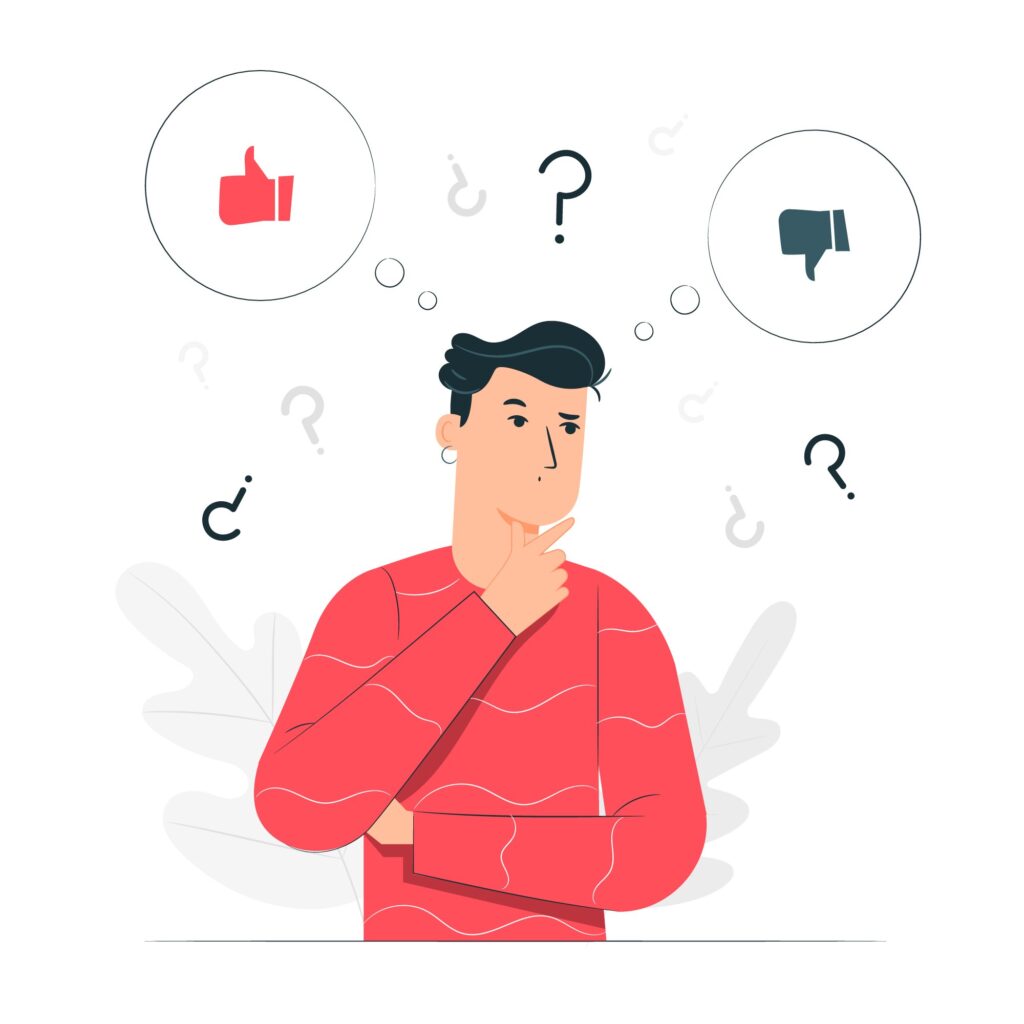 When having diabetes, whether type 1 or type 2, there is no set type of insulin each patient will be prescribed, since NPH insulin provides insulin over time, despite fasting or sleeping, it might be better for those patients who have busier schedules and live comparatively healthier lifestyles.

How To Improve Outcomes With NPH Insulin?

NPH insulin is a key part of diabetes management, but besides taking medication, there are other steps that patients and healthcare providers must take in order to manage the disease best.

Healthcare providers should give patients clear and precise instructions on how the medication should be administered and when it has to be taken. Nurses and doctors should help patients understand how they need to inject insulin and should give patients a tutorial when first prescribed. Patients should be encouraged to actively monitor their medication intake and the way it is administered to avoid adverse effects.

Alongside medication administration, doctors and medical staff should promote habits that need to play along with medication such as regular exercise, proper sleep schedule, healthy diet, and a proper eating schedule. These factors also play a huge role in how effective insulin will be in the body. Doctors must make an effort to explain the importance of them to the patient.

Never refill your pen with the wrong cartridge. Your Novolin pen should be filled with the same cartridge that came with the pen. For example, do not mix a Novolin NPH pen with a Novolin 50/50 cartridge or a Humalog Mix 50 cartridge. This can cause serious side effects and health implications. Ensure the appropriate cartridge is loaded into the pen.

Patients should be diligent about taking their insulin and should make efforts towards the lifestyle changes recommended by their doctors. If they have trouble administering medication due to scheduling conflicts, they should inform their doctor so that their medication schedule can be updated accordingly. Individuals with diabetes should visit their doctor often and should go over their insulin administration schedule regularly.